The other day I felt a migraine coming on and took a brief nap to deal with it. I woke up to the sound of loud purring. A foot away from my head was Charlie, who purred even louder when he realized I woke up. Next to him was Garrus, looking sleepy and content next to his cuddle buddy. He might have been purring too. 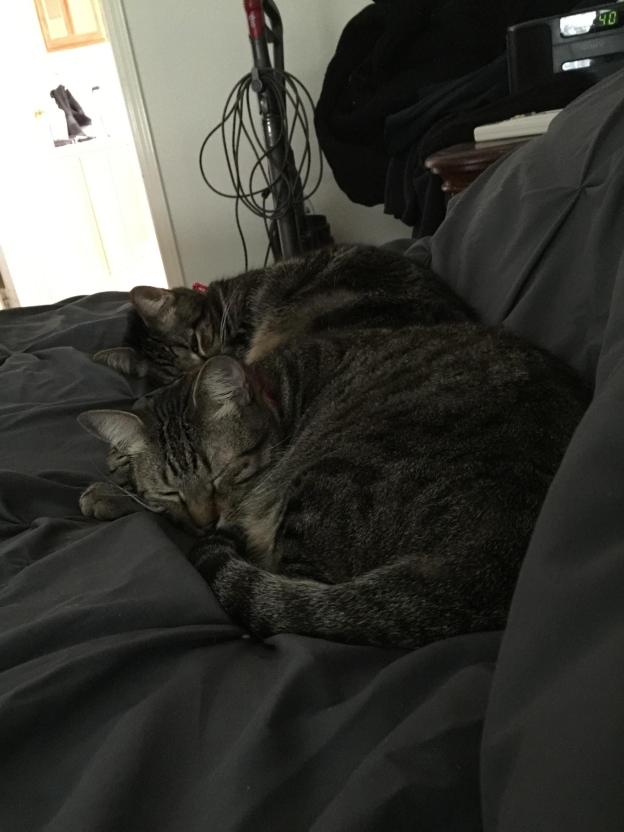 But I could not move. Why? Boudicca had stealthily sneaked up onto the bed and camped out on my hip. I was not allowed to stretch out toward the boys or roll over. Instead of feline lap paralysis, I had feline hip paralysis! She did, however, graciously allow me to pet her and snap a photo. 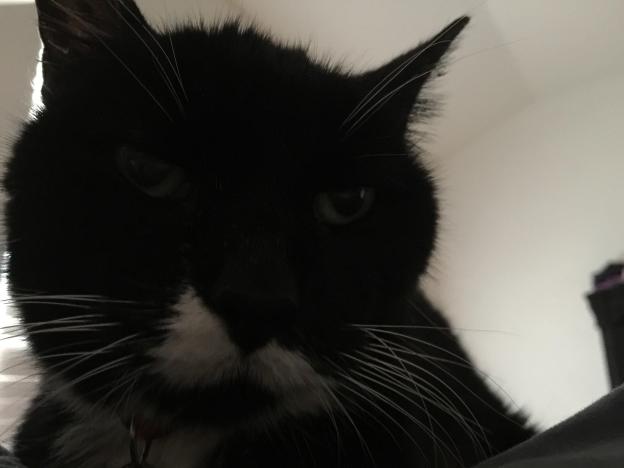 “You will snuggle NOW and MY WAY!” Her Majesty Queen Boudicca decrees. At least she’s cute and googly in her imperiousness.

Caught between three purring cats…it could be worse.