Greetings everyone! I realize that I have not updated Purry Home Companion in a while. I have been alternatingly busy with graduate school and a bit under the weather lately. Additionally, Boudicca, being a nearly 18-year-old cat, has needed a lot of care to stabilize her health (namely symptoms stemming from small bowel disease) and closely monitor her quality of life. Last week I was alarmed when Boudicca’s appetite markedly dropped and she refused to eat her wet food (which has her medications mixed in), both of which are most unusual for her. She will be seeing the vet this week for a re-check. 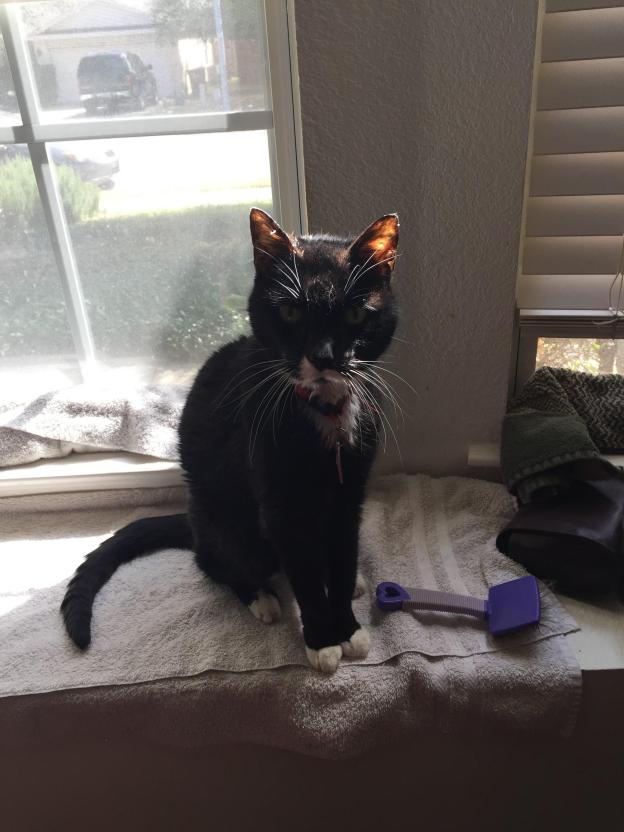 I had just finished brushing Queen B when she sat like this on the window seat. I liked the way the sun shone through the window and illuminated her ears and whiskers.

Given Boudicca’s age and health, I have had the difficult conversations concerning her quality of life and knowing when it will be time to say goodbye. Having these conversations and making these incredibly difficult, poignant decisions are the most challenging parts of responsible pet ownership. In 2017 I made the hard decision to say goodbye to my 16-year-old cat Nala, whose quality of life had markedly declined due to increasing arthritis, which in turn complicated her diabetes. In some ways, I think saying goodbye to Boudicca will be harder since she is my first cat who has truly been my own and, after all, she chose me to be her human. She has always been my sweet girl and I will miss her VERY MUCH. (Cue tears welling up as I write this.) Because the idea of saying goodbye sometime in the future has been in the back of my mind, I have been making concerted efforts to spend as much time with Boudicca and cherish the time I have left with my googly girl. 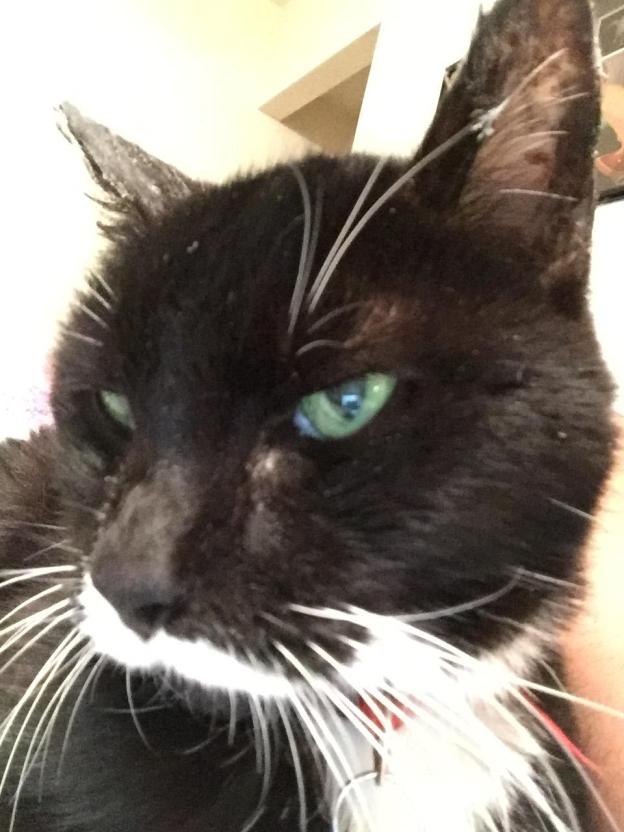 Boudicca and I recently enjoyed a three-hour lap time session. She has always been a very enthusiastic reading buddy, lap warmer, and snuggler. Her eyes appear very green here too!

However, as I write this, we are not quite at that stage. We figured out why her appetite decreased: she apparently decided to be abruptly finicky about her wet food. We discovered that she prefers Friskies Salmon Pate. We were able to get her to eat something else when she did not want to eat wet food, and we were able to get medication into her in order to control inflammation, nausea, abdominal pain, and keeping her regular. Her appetite has since returned and now she gets very talkative whenever either of us is in the kitchen, because she automatically assumes that we will give her more food. (Either that, or she forgets quickly that we give her wet food twice a day. She still steals kitten kibble from Garrus even though she has her own bowl.) With that said, she has had accidents this past week–so messy and so much cleaning! She is not grooming herself very well, so I brush her regularly and will have to bathe her soon.

Caring for older cats (i.e. mature, senior, and geriatric cats) involves many factors related to health and what to expect at each stage. Aging affects cats in different ways; some will be rather frail at age 11 while others are still robust at 18 or older. Behavior can change in elderly cats. In Boudicca’s case, she is fussier about food, sleeps more, grooms less, talks less, and can be insecure around Charlie, whereas in the past she was quite confident and untroubled by the presence of other cats (Nala, neighborhood cats outside) and dogs. She requires a lot more vet care and medication due to her health problems. Nala and Boudicca aged differently with certain symptoms appearing at some stages with one but not the other. Caring for a senior cat has been a learning experience for both me and Aaron through our experiences with Nala and Boudicca. We are balancing being solicitous with Boudicca’s needs while meeting the needs of Garrus and Charlie, who are respectively six and two years old and have very different energy, nutrition, and health needs. 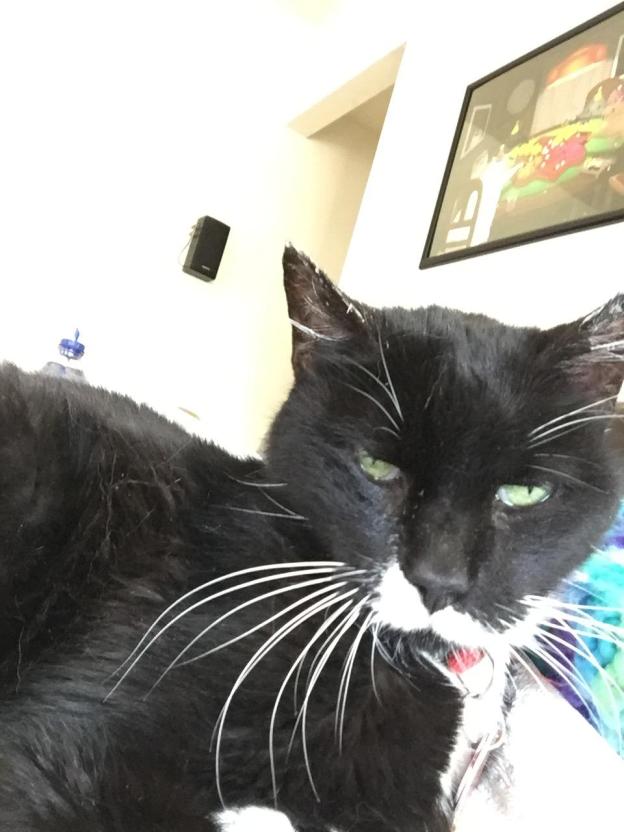 Googly cat is quite googly!