Lately all three cats have been doing little things that are just inordinately adorable. This is one of the many things that I appreciate about my pets: daily doses of cute! Here is a collection of some of the endearing things they’ve been doing…

Recently Charlie has been hanging out on the couch more whenever Boudicca hangs out in my office. Apparently he realized that the couch is indeed comfortable. Earlier this week I caught him in the act: chilling out and flaunting all of his belly spots.

“What? I found a new spot, Mom…By the way, this tummy won’t rub itself!” 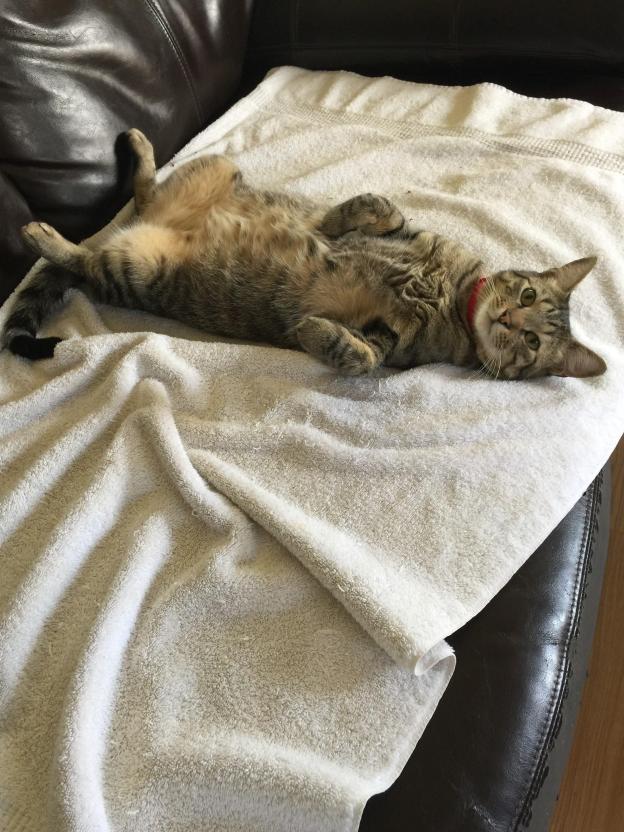 This week Garrus has been more adventurous by lounging on the back of the couch while we sit. I was able to read with Garrus hanging out with me. He even came onto the bed twice this week for a half-snuggle! While he is often inscrutable, he does seem more relaxed and is becoming more assertive in asking for visits. (Because, unlike Charlie and Boudicca, he is not a chatty cat, he expresses himself entirely through body language. He also bunts and tail hugs to get attention. I know he wants to visit if he trots over to the bed in a particularly jaunty way.) Of course, he decides to ask for visits on his schedule. He is a cat, after all! 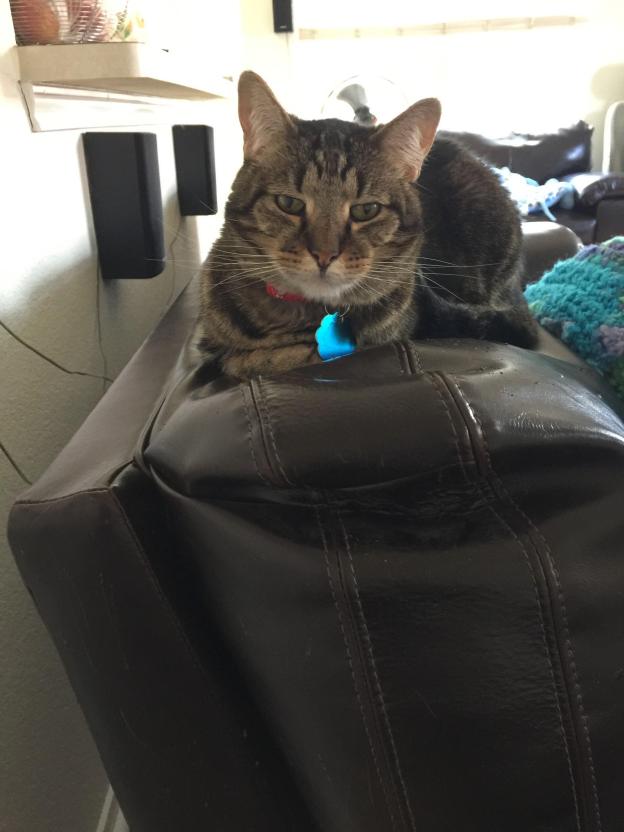 Egads! Boudicca deigned to share the couch with Charlie without a kerfuffle! Of course, Charlie seemed most pleased with himself, as if it was all his doing…

Occasionally Charlie makes overtures of friendship to Boudicca by bringing her toys on the couch. (Maybe he thinks that bringing a toy is the equivalent of a toll to get on the couch?) While his enthusiasm and persistence is admirable, he is nevertheless perplexed by Boudicca won’t play with him. He also leaves toys next to Garrus wherever he is sleeping and brings me toys on the bed. I think in the latter case he likes to show off his latest prize!

“Joy! Dad found all the springs I had knocked under the oven! Now I can lose them in hard to reach places again!”

Not pictured: Garrus plays with surprising zeal with the springs and, to my delight, carried one of them in his mouth earlier this week! It’s been gratifying to see that some of Charlie’s childlike playfulness has seemingly rubbed off on Garrus and encouraged him to branch out and play with all the toys with gusto. 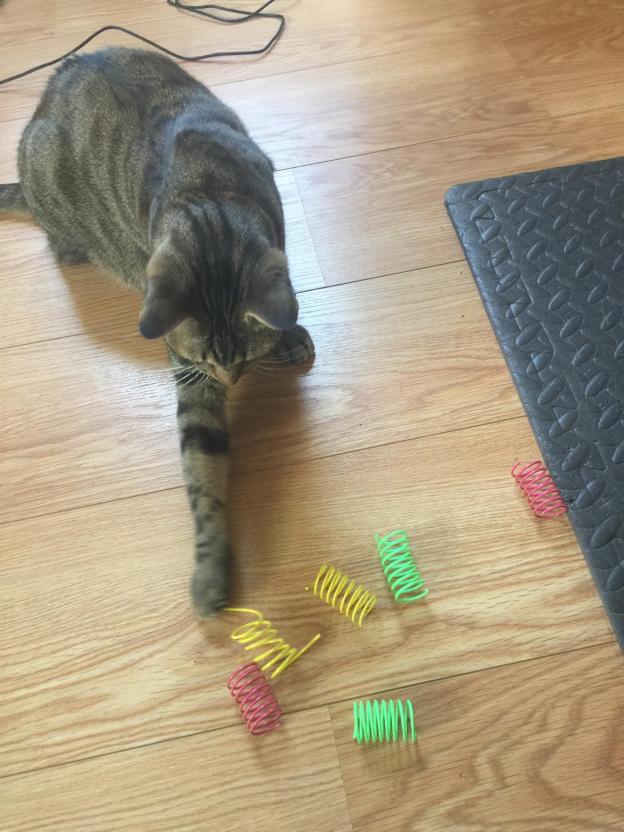 The boys’ newest hobby is bug-hunting through the window. Sometimes Charlie chatters at the bugs (to what end, I don’t know). Much tail-twitching follows. Other times their reflections catch the light oddly so they look like creatures from a Stephen King novel. 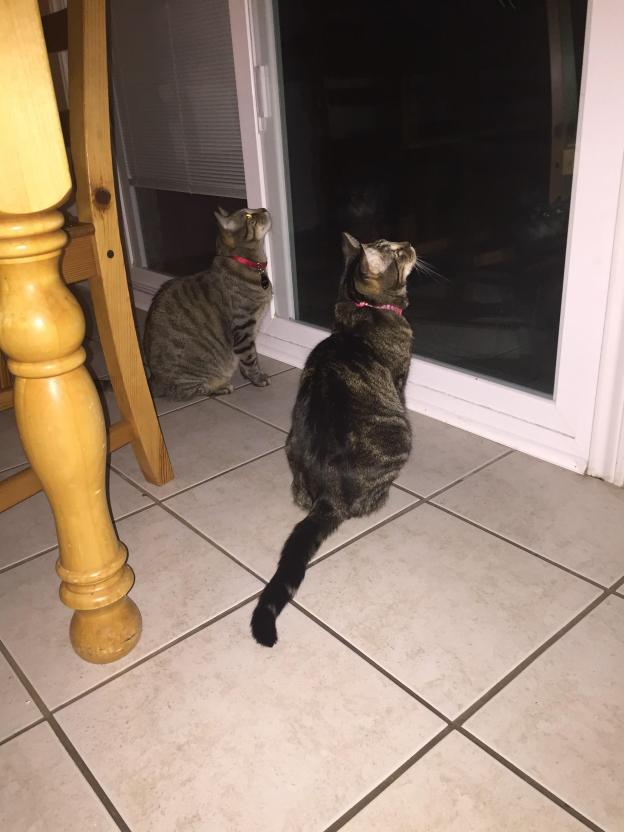 Behold, Queen Boudicca in repose! I have always been quite partial to her ski slope nose. This week she has been very vocal about getting lots of pets, kisses between the ears, brushings, cuddles (including lying on my chest while I sleep and being picked up), and, of course, food. When I come home, I nearly trip over her because she plants herself on the inside of the door, meowing all the while in effusive greeting (complete with tail hugs). She still has not yet figured out that she is in fact not a dog.