Earlier this week Garrus had his follow-up to check his response to his steroid therapy. Dr. R was very pleased to report that his stomatitis had significantly decreased and only a very small amount of inflammation remained in the back right side of his mouth. Dr R wants to keep him on a low dose of steroids every other day for the next few weeks to continue treating his stomatitis.

“Excuse me. Could you please let me out?” Garrus was exceptionally well-behaved in the carrier to and from the vet.

He gained 0.6 lbs in three weeks and needs to gain 0.5-1 lb to be at a healthy weight. We’ve been able to give him, on average, at least one can of wet food a day. If he’s a particularly hungry Garrus, he will eat up to two cans in a day. Like Boudicca, he’s a little persnickety about how his food is presented (because it’s easier to eat): he likes it well chopped, fluffed, and room temperature. We indulge him because we want him to eat, be healthy, and be a happy cat. 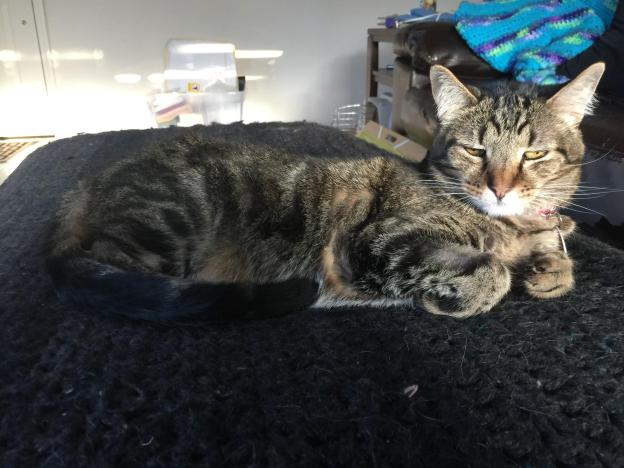 For the last month we also gave a dose of Zylkene in his food. We had suspected that he had developed food anxiety as a result of being bullied for food by his previous housemates, and dealing with dental pain from stomatitis exacerbated this. We noticed that the boys acted a bit uneasy after Boudicca passed away, and Dr R explained that this was due to the social hierarchical dynamic shifting. By nature, Garrus tends to be a submissive cat; Charlie, while not a dominant (“bossy”) cat per se, is the most intense cat in the household now. Dr R suggested that we try Zylkene for a month or so to help both cats settle and relax. In our experience, it helped. Garrus in particular became more affectionate and faffed about less at meal times. 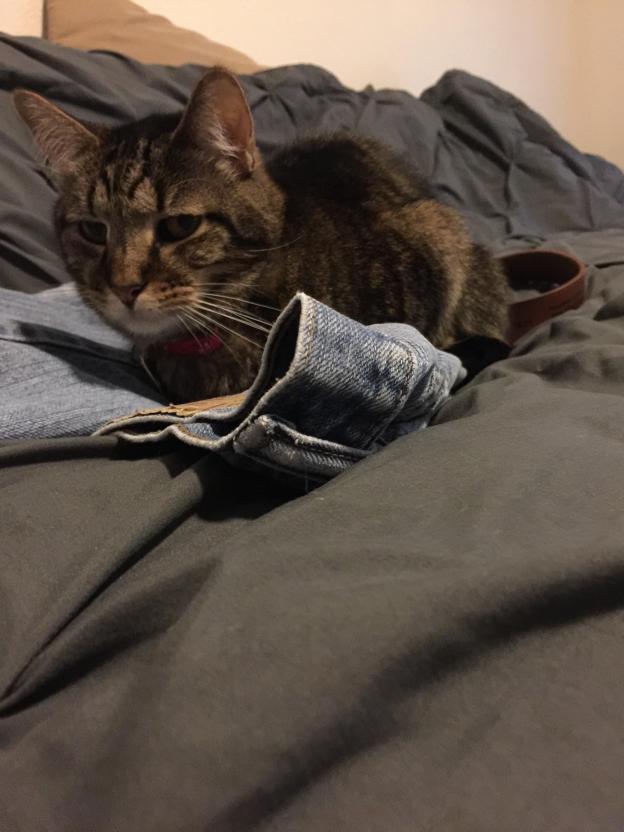 Garrus enjoys claiming Aaron’s pants as a bed and gives me side-eye when I take a photo. 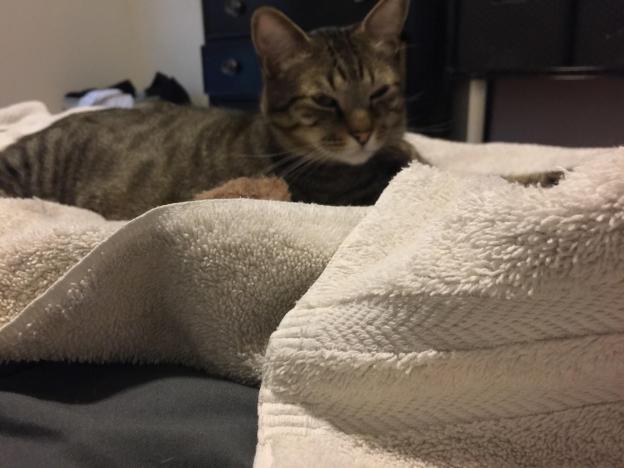 Wherever Garrus is, Charlie often follows, sometimes bringing a toy with him. Here he claimed a towel as his lounging spot and slow-blinked at me, purring.