In an effort to try to make Mau more comfortable, the APA vet prescribed him a painkiller and an antibiotic. We were quite pleased that we were able to mix these liquid medications into his food, which he ate without a problem. Hopefully these help him.

This morning I was pleasantly surprised to find that Mau didn’t stink! I picked him up and he smelled like mostly normal cat. I didn’t sense an overwhelmingly fetid whiff of bad breath! Amazing! I hope that’s the antibiotic at work.

Mau does not like being sequestered, and I don’t blame him. While he spends a good chunk of the day sleeping like any other cat, he mews pitifully for attention when he’s awake. I decided to help him embark on a mini-adventure by picking him up and bringing him to my office. I shut the door so he couldn’t get out and the boys could not get in. This experiment had mixed results. He got to explore and briefly settled for lap time but did seem a bit overwhelmed after a while. He also started asking most persistently for food. Mau is a sweet old man of a kitty but has a low threshold for hunger! 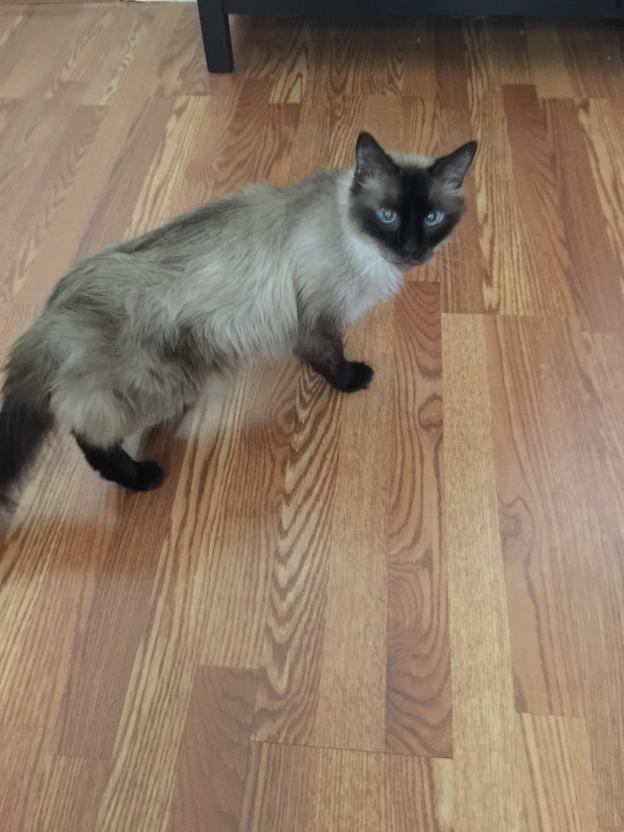 Look at that curious, handsome face!

“Outside!” I’m not sure if Mau ever looks out the window in Aaron’s office. 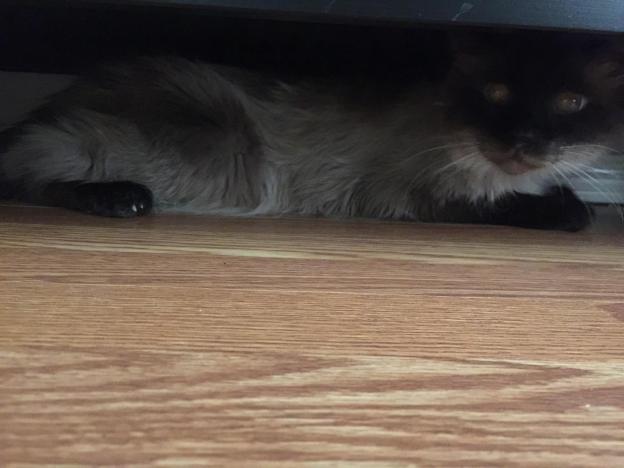 Mau found a hiding spot under one of my bookshelves.

Mau thought I could not see his magnificent tail.