It’s hard to believe that Mau has been with us for two months now. When we brought him home in late June, he was timid and certainly not feeling his best given the advanced state of her periodontal disease. In the Pflugerville Animal Shelter, prior to his transfer to Austin Pets Alive! and foster care, he was withdrawn, gaunt, not eating much, and spending most of his time in a plastic bin in his cat condo. 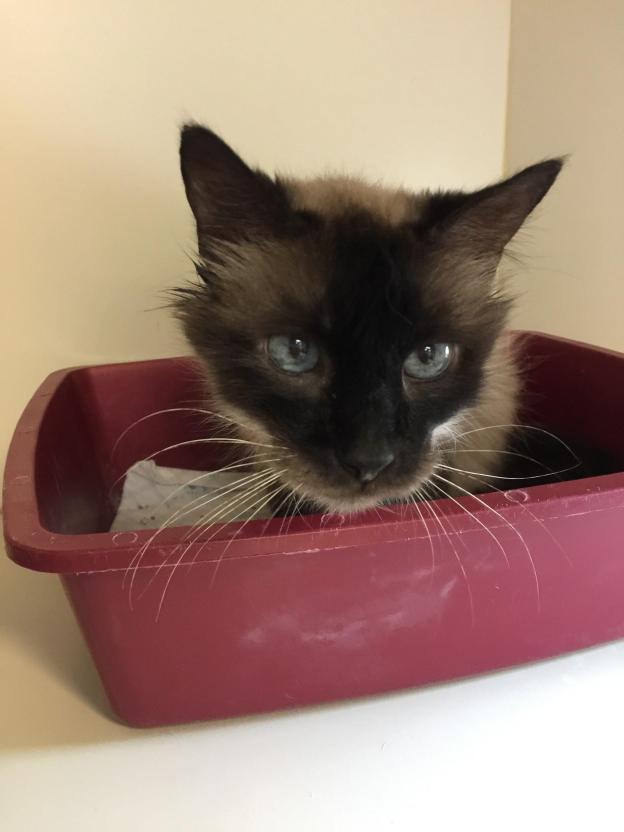 He just looked so sad, stressed out, and in need of serious TLC. Although volunteers regularly loved on him and brushed him, his coat was in a sorry state because he did not groom himself very well. 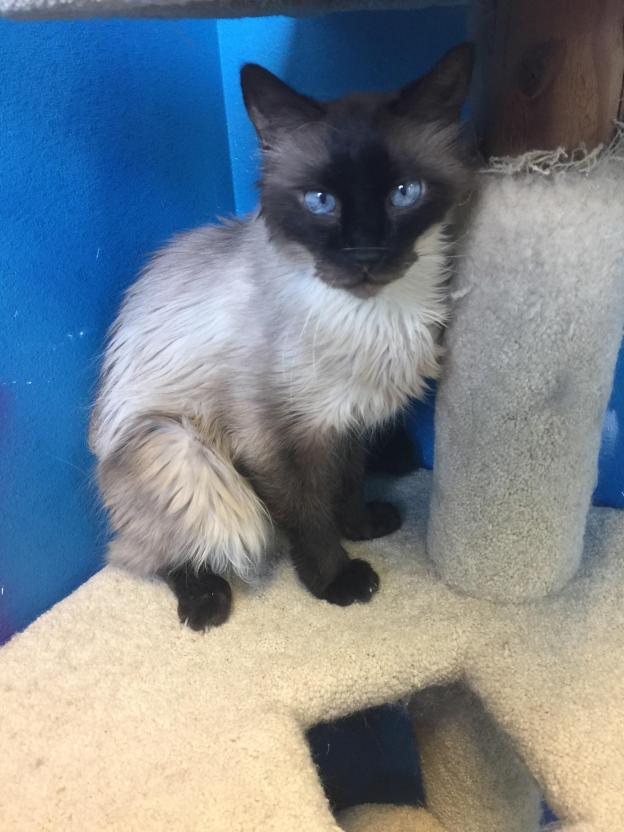 We breathed a huge sigh of relief when Mau started eating wet food and ate with relish! Because he was underweight, we gave him additional small meals. What does it say about our house that two out of three cats need to eat like Hobbits in order to get to a healthy weight?

When Aaron and I spent time with him, we were nevertheless struck by how sweet he was. With photos like this, it was quite apparent that we had a most handsome boy on our hands too. 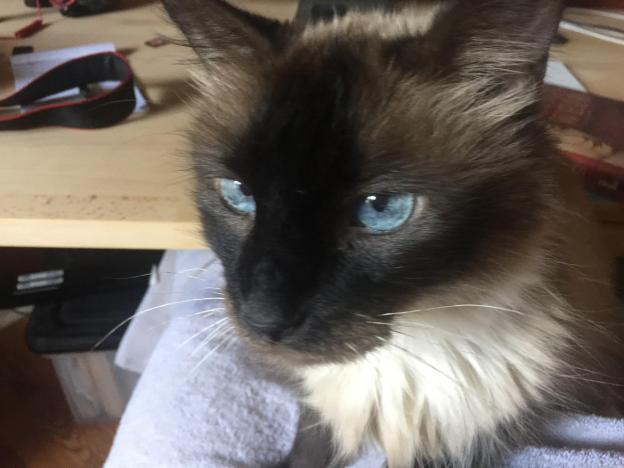 One month later, he showed us how much he loved human company and that he was thoroughly down with snuggles. Lap time is an imperative! 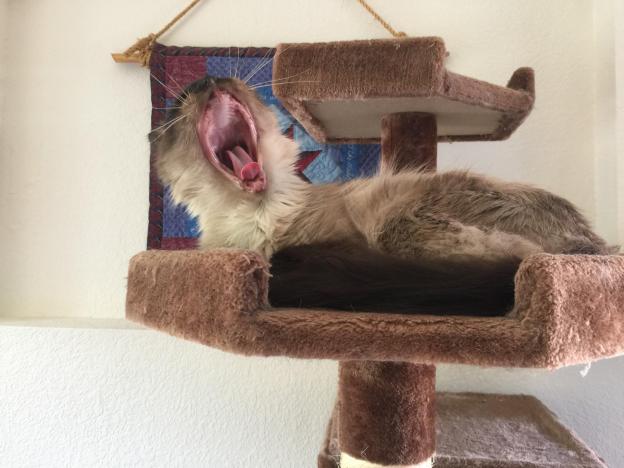 After he had his long-awaited and much-needed dental surgery, he started to blossom. While sick, he demonstrated little interest in playing (understandable) but once he started feeling better, we caught him batting crinkle balls and springs around the house. He hopped into boxes and raced up the cat tree, unceremoniously unseating Charlie from his favorite platform. 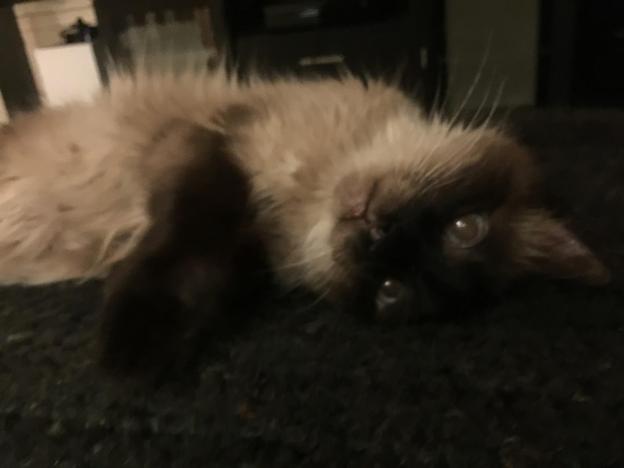 Our evenings are MC’d by this lovey boy. Isn’t he cute? He greets us with an enthusiastic  and demanding “MEH!” and purrs when he receives the attention he wants. And he’s charmingly fluffy too!